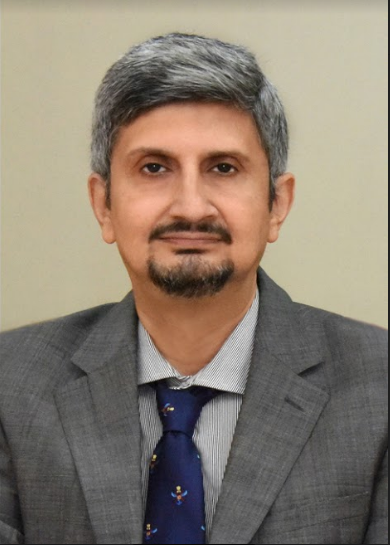 Dr. Samir V. Kamat, Distinguished Scientist (DS), has assumed charge as Director General Naval Systems & Materials (NS & M) at DRDO with effect from 1st July 2017. Dr. Kamat obtained B. Tech. (Hons) in Metallurgical Engineering from IIT Kharagpur in 1985 and PhD in Materials Science and Engineering from The Ohio State University, USA in 1988, specialising in the area of mechanical behaviour of materials.

Dr. Kamat joined DRDO at DMRL, Hyderabad, as Scientist 'C' in 1989 and rose to the position of OS/Sc 'H' in October 2013. Later, he took over as the Director of the lab on August 17th, 2015. Over the last 25 years, Dr Kamat has made significant contributions in the area of microstructure-mechanical property correlations in advanced materials such as particulate reinforced metal matrix composites, ceramic matrix composites, aluminium-lithium alloys, high strength aluminium alloys and titanium alloys which led to their development for various defence applications. His work on stress corrosion cracking (SCC) behaviour of ultrahigh strength 250 grade maraging and DMR 1700 steels resulted in the development of three layer coating system for protection of these steels against SCC failure in marine environment. The coating system has been implemented for protection of all rocket motor casings made out of 250 grade maraging used in various missiles being developed in DRDO.

Dr. Kamat has also been instrumental in setting up state-of-the-art experimental facilities and expertise for characterization of mechanical behaviour of materials in small volumes, especially for materials used in MEMS. In recent times, Dr. Kamat has made significant contributions to the development of Rare Earth Permanent Magnet (REPM) Technology in DMRL. Under his leadership, his team has developed high energy product Sm2Co17 magnets, ultrahigh temperature Sm2Co17 magnets and Gd substituted Sm2Co17 magnets with low temperature coefficient of remanence. These magnets are being supplied to various sister DRDO laboratories. A licensing agreement for ToT has been recently signed with IREL for transferring the REPM technology to Indian Rare Earths (IREL) to set-up a 3000 kg per year plant to produce these magnets. Dr. Kamat has also been instrumental in initiating an MOU between DMRL, BARC, IREL and ARCI to launch a Mineral-to-Magnet programme to make the country totally self-reliant in this critical REPM technology. Several other advanced magnetic, ferroelectric and multiferroic materials, both in bulk and thin film form have also been developed under his leadership for the next generation sensor and actuator applications.

At DMRL, Dr. Kamat has led the Advanced Magnetics Group, the Functional Materials Division, the Materials Science-II Division, Research Council and Patent Examination Committee. He has been a member of the Laboratory's Management Council, Product Council and Scrutiny Committee as well as Failure Analysis Committees for critical defence systems failures. At the national level, he has served as Chairman of Defence Technology Vision-2050 Materials Committee and Member of AR&DB Structures Panel; DST (SERB) Materials and Mining Panel; Committee on National Strategy for Rare Earths, National Security Council and National Task Force on Wind Energy, Planning Commission. He is currently, member of the Editorial Board of Defence Science Journal.

For his various technical contributions, Dr. Kamat received the Indranil Medal by the Mining, Geological and Metallurgical Institute of India in 1986; DRDO Young Scientist Award in 1998; Binani Gold Medal (jointly) of the Indian Institute of Metals in 2006; the National Metallurgists' Day Metallurgist of the Year Award by the Ministry of Steel in 2008; the National Science Day Oration Silicon Medal in 2009, the DRDO Scientist of the Year award in 2012, and IIT Kharagpur Distinguished Alumni Award 2018.

Dr. Kamat is a Fellow of the Indian National Academy of Engineering (INAE) and Institution of Engineers India (IEI), Life member of the Indian Institute of Metals, Materials Research Society of India, Magnetics Society of India, Society for Failure Analysis (and Chairman of the Hyderabad Chapter) and Indian Society for Structural Integrity. He has guided four PhD theses, and has more than 180 peer reviewed journal publications as well as 35 Technical Reports to his credit.