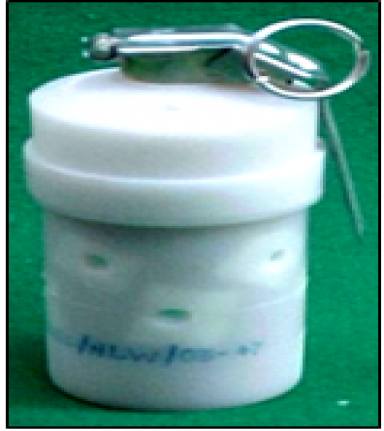 Traditional lachrymatory agent, 1- chloroacetophenone (CN) Teargas is used for riot control and mob control situations. Presently dibenz (b,f)-1,4 oxazepine (CR) is also used as induced respiratory tract sensory irritant. The newly developed grenade based on oleoresin plays an important role in incapacitating and flushing out of terrorist from their hideout and camps without harming them, for a possible capture and enquiry. Since the grenade is based on the concentrated extract of a naturally occurring red pepper in lower concentrations and is dispersed in the atmosphere instantaneously causing irritancy to throat and mucus membrane and also to skin, the hand grenade is considered to be potential ammunition with law enforcement agencies in effectively combating the insurgency operations.