Protocols for tissue culture mediated mass propagation and subsequent hardening and transfer to field have been developed. Demonstrations have been carried out at semi-arid zones of Madhya Pradesh, Telangana and Maharashtra.

Agro-practices for improved yield in Jatropha have been developed for semi-arid lands. These practices include nursery raising, transplantation, conservative irrigation and fertilizer application (based on soil type and agroclimatic zones), pruning, harvesting and post harvest. 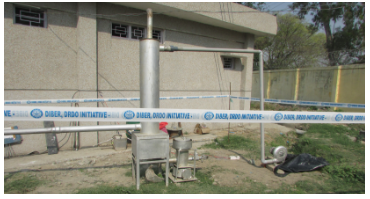 Technology has been developed to divest heat generated during gasification of pine needles for space heating, thereby maximizing the benefits under combined heat and power (CHP) model. The technology is at the level of controlled field conditions.

Gasification of Biomass Including Pine Needles to Produce Syngas

A steam gasification process has been developed on the lab scale producing hydrogen rich syngas. The syngas thus produced can be further channeled to produce a number of bio-energy and biofuel products. 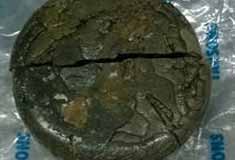 A mixture of low density polyethylene (LDPE) and organic wastes are co-thermolysed to obtain an energy rich bio-plastic char, which in turn is being utilized to develop components of energy devices. The technology is presently under controlled field conditions. One patent on the technology is already filed, while another one has been applied. 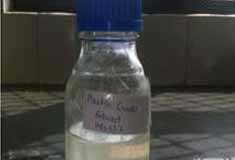 A technology to produce high purity C16 rich hydrocarbon crude from high-density polyethylene (HDPE) has been developed. The technology is presently at lab scale. 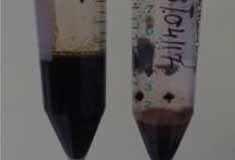 A combination of binder and additives has been standardized to prepare briquettes and pellets of pine needles, thereby enriching its energy density. The technology is presently at lab scale, and IPRs are being sought for the technology.

Technology to Obtain High Functionality Polyols from a Novel Feedstock

A technology has been developed to obtain the polyols from a novel feedstock, which is suitable for a number of downstream application of military and civil nature. The technology is at Lab scale. A patent has been applied for.

A novel process has been developed to convert oil from a particular feedstock into epoxy and hydroxyl fatty acids, which are industrially important. The technology is at Lab scale. 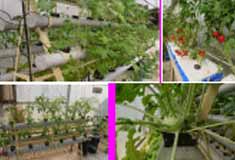 Hydroponics technology of DIBER, DRDO is based on a unique nutrient solution which ensures higher yields simultaneously for multiple crops including spinach, coriander, tomato, cucumber, brinjal, parsley, pakchoy, broccoli, strawberry, bitter gourd, sponge gourd, etc. The entire system is low cost, low maintenance and environment friendly. A patent has been submitted for the technology. The technology has also been tested under extreme weather conditions of Antarctica. 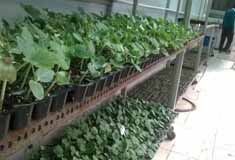 High-tech nursery technology of crop plants using mixture of cocopeat, vermiculite and perlite under potrays and root trainers has been established. On an average 600 nursery plants of cucurbits crops can be grown in 1.0 m area using multitier system which can allow 60 thousand plants in 100 m 2 area leading to profit of Rs 60000. Whereas in case of crops like tomato, capsicum, chilli, brinjal; about 5000 plants can be accommodated in one m 2 area which can be a profitable venture on commercial scale. 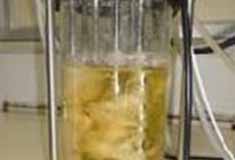 In vitro Culture of Ophicordyceps sinensis

In order to reduce the exploitation of endangered O. sinensis in nature, in vitro cultures have been established and transferred to Industry partners. Importantly, the spores are also obtained in the cultures.The technology is protected by the means of a patent. 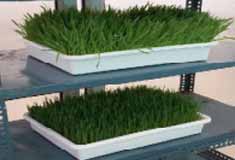 Low cost technology for production of green fodder for equines in 10-12 days have been developed. The technology works well under controlled field conditions. 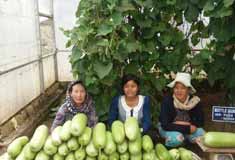 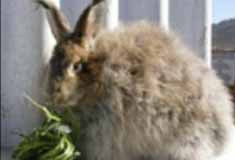 Technologies developed prior to 2008

DIBER was re-christened from erstwhile Defence Agricultural Research Laboratory (DARL) in 2008. As DARL a number of agricultural and allied technologies were developed which are now being disseminated in border areas of Uttarakhand and Tawang in Arunachal Pradesh with a long term objective to contain migration. This is being done in collaboration with state government/ local bodies. Following are the representative technologies being disseminated 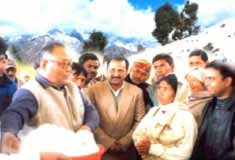