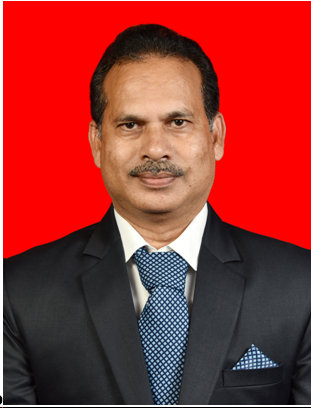 Shri A Raju joined in Gas Turbine Research Establishment, Bengaluru as Scientist ‘B’ in May 1991. He has worked on design and development of Arial flow compressors for Kaveri Engine. He has contributed in design and establishment of Arial flow compressor test rigs. Under his tenure, two test facilities were established successfully. He has designed and developed complete instrumentation for both the test facilities. Extensive testing of Kaveri fan, High Pressure Compressor and Research Compressor was carried out to generate performance characteristics at different speeds.

Shri A Raju moved to DRDL, Hyderabad in March 2002. In DRDL he has worked on Design & Development of Liquid Propulsion Systems for projects Prithvi, Agni, Under Water Missiles, PAD, PDV, ASAT etc. Reaction control systems for all Agni variants missiles and interceptors of Area defence missiles were developed successfully and they have been inducted in to service. The divert and Altitude Control System in ASAT mission has played key role in intercepting the satellite.

Shri A Raju has taken over as Project Director, SFDR (Solid fuel Ducted Ramjet) in the year 2013. Under his leadership, very long range air to air missile is designed with state of the art Solid Fuel Ducted Ramjet Propulsion System. This missile is designed with critical technologies like Nozzleless Booster, boron based systainer propulsion system and thrust modulation system.

Shri A Raju is the recipient of DRDO Agni Excellence Award for Self Reliance in the year 2011 and Best Scientist Award from Govt of Telangana in the year 2015 and many more.