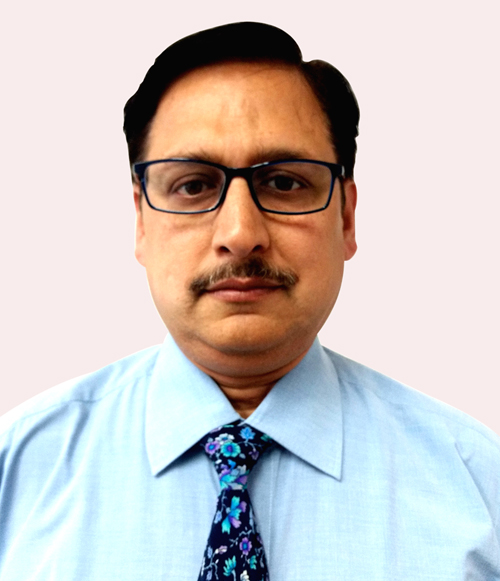 He started his career in DRDO as Sc 'B' at the Defence Electronics Applications Laboratory (DEAL), Dehradun in 1990. He achieved the level of Scientist ‘G’ on 1 July 2016. Prior to his posting at DPI, DRDO Hqrs, he delivered several results at DEAL as Associate Director (Admin); Head, Cognitive Radio Technology Division; Group Head, Cyber Security, Networks & Automation and Member Secretary, DEAL Management Council, Technology Management Council and JCM IV.

He has made several contributions to projects of national interests including development of a state-of-art application software, solutions and services in the field of information &communication technology, networking, satellite image processing &surveillance and cyber security for systems.

He has been a part of significant projects such as DIPTA, Sarvdrishta and Image Intelligence Environment in which he designed and developed novel technologies and application software capable of handling large volume of satellite imageries. Further, he has designed and developedknowledge based management system, blackboard architecture and fuzzy rule based system, object based image analysis, technologies for mid-level image processing that include extraction of features of the objects and target detection using satellite imageries of varied resolution. These technologies were then transformed by him into application software packages namely change detection, image-map fusion, object based image analysis, target detection, and image visualization for satellite images.

Conceptualisation, designing and development of e-Governance Software for DEAL Intranet, was also led by him which proved to be an efficient and transparent system facilitating internal functions within the laboratory. The software allowed for prompt availability, accessibility, and tracking, thus reducing the turnaround time for each process. A total of 127 online software were developed, deployed, and made fully operational by him and his team. In addition to being utilised by the employees at DEAL, these application software are also deployed at ITM Mussoorie, IRDE Dehradun and at O/o DG ECS.

Under project DEA-114, commissioned and configured state-of-art server room with firewall designed to be hardened for cyber-attacks, for sharingof satellite imageries in DRDO laboratories.

Among other roles, he is also a life fellow of the Institution of Electronics and Telecommunication Engineer, senior member of Computer Society of India, life member Indian Society of Remote Sensing and life member Administrative Staff College of India.