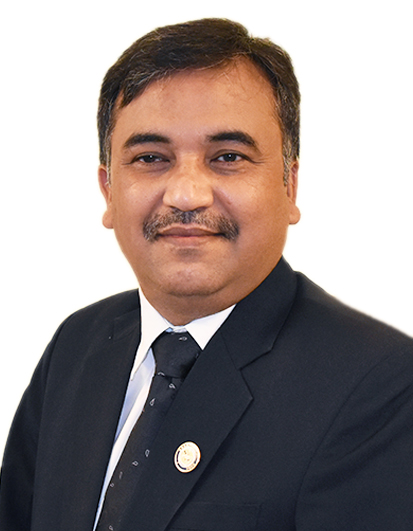 Dr Sanjai K Dwivedi joined DRDO in the year 1996 and served at DIHAR, Leh (Ladakh) till 2007. He made substantial contributions in protected cultivation, characterization, propagation and conservation of plant genetic resources in Ladakh. He established field gene bank for plant biodiversity growing in high altitude, cold arid zone of Ladakh such as sea buckthorn, apricot, apple and mulberry. His significant contribution on preparation, patenting and commercialization of herbal beverage made from sea buckthorn (popularly known as “Leh Berry”) is well known. Thereafter, he served at CEPTAM, Metcalfe House, Delhi from 2007 to 2015 and contributed in design and coordination of DRDO Entry Tests in 25 cities across the country. He successfully completed seven cycles of centralized recruitment of DRTC and Admin & Allied cadres in DRDO.

At DIBER, Haldwani he was engaged in development, demonstration and transfer of agro technologies for upliftment of border areas in the Central Himalayan zone. He successfully implemented the low cost greenhouse technology, soil less (Hydroponic) cultivation of crops and utilization of local plant resources for defence purposes. He effectively carried out skill/entrepreneurship development programmes for unemployed youth, ex-servicemen and locals in remote and border areas of Uttarakhand. Subsequently, he also officiated as Director, DIBER from December 2016 to June 2017.

Dr Dwivedi also served as Director, DRL, Tezpur (Assam) from March 2018 to June 2021. He was engaged in linking the laboratories and projects with users, technology demonstrations and transfer in remote and border areas of Arunachal Pradesh by introduction of new crops/varieties/hybrids, etc. He administered skill development programmes for local youth and women and use of local resources for the benefit of armed forces, besides development of various products and technologies.