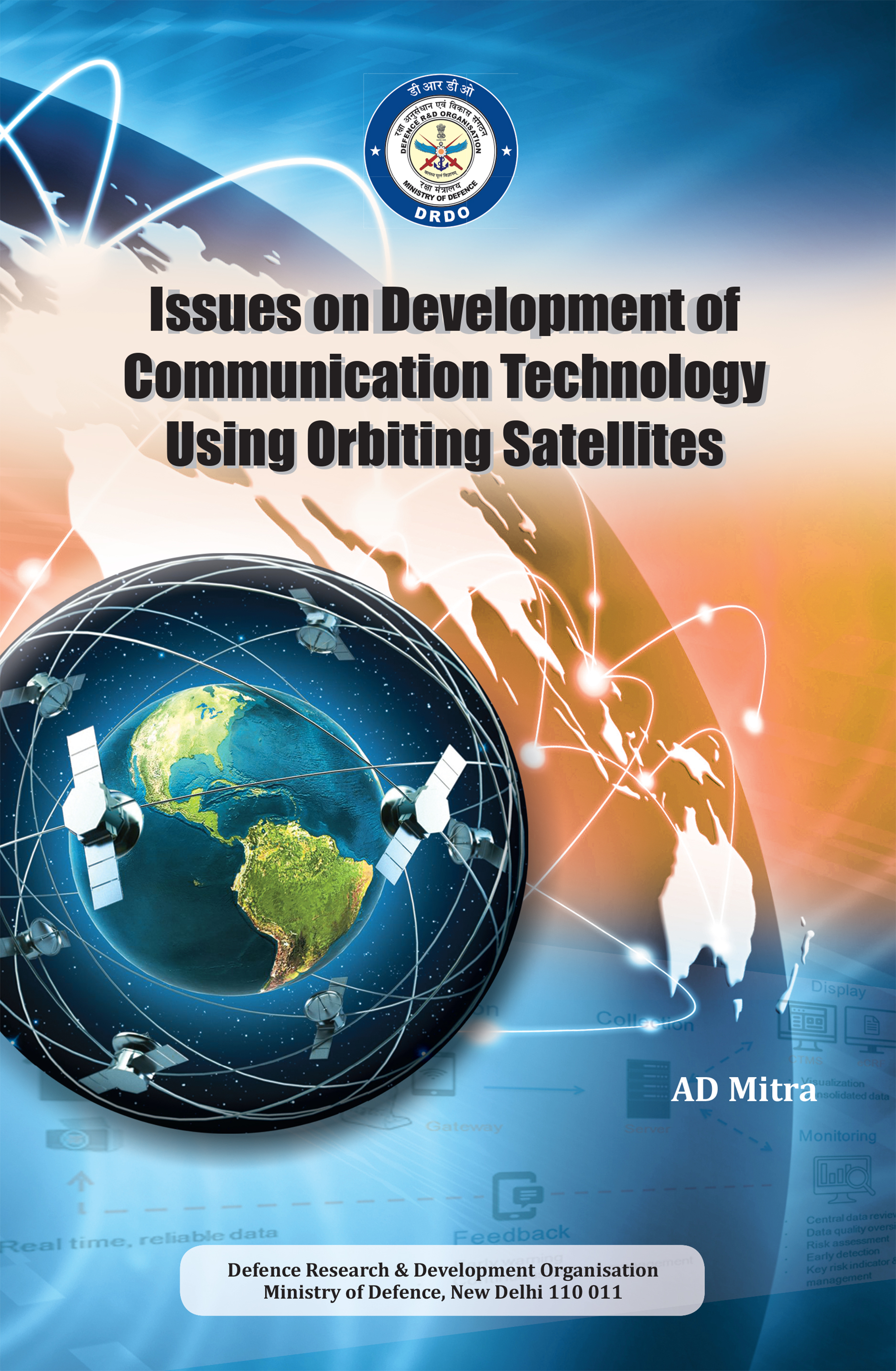 The development of geosynchronous satellite based briefcase terminal development has been over initiating very encouraging response from our defence and para military forces in late decade, i.e., precisely from 1997 onwards till 2010. Since inception, the demand has been to increase the capacity, not only tremendously, but also to look into increasing the operational zones beyond our borders even- which was not possible in the conventional way. Further considering the indigenous expertise, the author has felt the limitations of using geosynchronous satellites for such communications exclusively for defence forces as there are tremendous demand for geosynchronous satellites for many other vital areas of civil needs, particularly for disaster management, agricultural applications and internet for transportation applications. Additionally, geosynchronous satellites being primarily deployed in equatorial orbits, limits quantitative availability, exclusively for India. Keeping this in view, the proposal wasinitiated to write a monograph on the issues of the problems in development of a communication system based on LEO satellites. LEO satellitesare planned for defence forces, but for other applications. However additional minor modifications for communications can easily be incorporated.The launching of such satellites is available and considering the low orbits, these do not come under regulations of international bodies like the geosynchronous ones. The major advantage is its security against intentional jamming by adversaries and easy upgradations with lower costs. The issues for practical aspects are not available in published literature. In case such a project is taken up, this monograph will provide the background to all to initiate the developmental effort.Thus it is only the initial attempt to begin the process. The implementation of the system is definitely realisable indigeneously, though quite complicated. Towards this objective,this monograph had been an attempt discussing sequentially in a story telling way. It explains some of the important aspects of the development issues.

Shri AD Mitra with 38 years of experience of research and development in the area of communications, has seen the transition from analog to digital processes and its applications. Broadly, he has been the key person for both DIGITAL TROPOSCATTER COMMUNICATION SYSTEMS and BRIEFCASE-BASED SATELLITE COMMUNICATION SYSTEMS from concept to acceptance by the end users. Additionally, he was the leader for getting a LOS communication system type approved by Department of Telecommunications, Government of India through a specific field trial as a separate responsibility, independent of his technical activities. He had been a member of board of courses of study in Indian School of Mines, Dhanbad and presently is also member of board of courses of study in Birla Institute of Technology, Mesra. The experience of interactions with the professionals involved in teaching and research in academic institutions and students has also enriched the author in sharing personal experience with professionals in DRDO. These experiences have resulted the outcome through the format of a monograph in an area yet not planned as on date to use LEO satellites, in a way similar to cellular mobile telephony. He has published a number of research papers in various journals, both in India and international ones. He had been a pioneer in development of frequency synthesisers in early eighties in India. He has two text books under the title 'Digital Communications' for B Tech courses and 'Design Approach for Wireless Transmission in Digital Era' to provide refresh to researchers planning to work in advanced wireless transmission systems.